MARBLEHEAD — Keri Cahill and her teenage daughter Nastia, whom she adopted 4 years ago from an orphanage in the Kemerova region of Siberian Russia, could hardly breathe yesterday, as they huddled around the computer in their apartment strewn with Christmas decorations.

After years of paper work, legal research, consolations, international travel, fundraising and prayers, Nastia’s sister, Anya Turovinina, with whom she had been separated since Nastia was 18-months old, would finally be here within a few days. Confirmation would arrive at any moment. 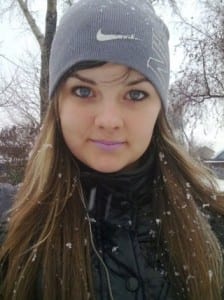 "We have come from the Embassy 20-minutes ago but we cannot make you happy with a positive answer as Anya was refused an American visa," read an email from a translator working for Anya and the Cahills from the Russian end.

"Formally the Consul told her that there is no economic or whatever other bond of her with Russia and it is most evident that she would stay in America."

At first, the tears were unstoppable. Nastia’s memories of Siberian orphanage life, the hunger pains the bitter loneliness and lack of care, remain fresh and vivid. At Anya’s age of 16, even orphanage doors would be closed to her soon.

"I’m most concerned for Anya’s mental health and safety,” said Cahill. She was so upset when she heard the news that she needed to be medicated. It’s killing me. I think of her as my daughter. Her sister and I love her very much and just want to welcome her into her rightful family."

Anya’s age and parentage are at the crux of the problem. Too old to be legally adopted within Russia, Anya will need a student to visa to immigrate to the U.S. Cahill plans to enroll her at nearby Salem State College and then "adopt her stateside," she said, "Massachusetts adoption laws are very liberal. Even adults can be legally adopted here."

After 4 years of work, Cahill was confident enough of her success to have purchased an airplane ticket for Anya using funds she has partly raised from well wishers from her through a "Bring Anya Home Fund" published on personal and social networking sites.

As Cahill sees it, she now has three days to get the American Embassy in Moscow to change their minds. Devastated as she is, she knows she needs to keep fighting and that’s all she’s been doing since the email arrived. Her first course of action was to call her state representatives.

"I’ve heard from both Senator (John) Kerry’s office and Congressman Tierney, both of whom assured me that all is being done to rectify the situation.," Cahill has posted on her Web site http://bringanyahome.org/, "Calls are being made to the US Embassy in Moscow at midnight tonight, and there should be more of an update after that."

Brigid O’Rourke, a spokeswoman for Kerry, said “our office is aware of the situation, and we are trying to determine the best avenue in how we can help.”

Next, Cahill began what she’s best at: reaching out to youth. As Artistic Director of the Salem-based youth theater group, the Rebel Shakespeare Company, which runs both summer workshops and in-school residencies, Cahill has deeply impacted the lives of countless of young people across the North Shore. For many troubled youths in particular who have found a means for self-expression in her program, she has been like an adoptive mother for years.

Through email lists and Facebook Cahill has been rallying her network to spread her story, and pull any strings they may have. Her Facebook group, "Inexhaustibly for Anyaâ€”Bring Anya Home" has already swelled to 1,964 members. The Boston Globe covered her case in 2006.

She has invited all of these members to join her this evening for a vigil at her home. Her hope is that if she brings her story to the nation’s attention, a wrong will be righted, her family, finally complete.

"I still have hope," said Cahill. "I’m exhausted and I’m pained, but this is a just cause. This is about love and security for a little girl. I think if people can just understand the story we can get this done."