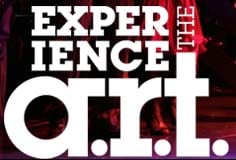 Both the American Repertory Theater and the Huntington Theatre Company are pulling out the big guns, or rather the big pens (which are mightier) to promote their December offerings.

On December 5, at 11 a.m. in the Loeb Theater, the A.R.T. promises a "Shakespeare Explosion" in support of Shakespeare Exploded, its current series of far-out adaptations which includes musical theater, interactive dance pieces and a staged reading of a new Robert Brustein play.

This “explosion” comes in the form of a panel discussion on Shakespeare and modern culture featuring the author of the acclaimed book by that name, Harvard professor, Marjorie Garber. Garber will be joined by Oskar Eustis, Artistic Director of the Publik Theater and by new A.R.T. Artistic Director, Diane Paulus.

A matinee of The Best of Both Worlds, Paulus’s gospel music-packed adaption of The Winter’s Tale, will follow the talk. While the panel is free to the public, tickets to the play are sold separately.

Further on down the Charles the next day, the Huntington has got some ballistics of its own to discuss. At 4:30 p.m., Paula Vogel, the Pulitzer prize-winning playwright (“How I Learned to Drive,” 1998) known for illustrating sexual abuse and dysfunction in lively comedies, comes to the Huntington’s B.U. Theater to plug their staging of her decidedly more tame sounding new work, “A Civil War Christmas: An American Musical Celebration.”

"Taking place on Christmas Eve 1864, stories of a collection of characters including President Abraham Lincoln and his wife are woven into an American tapestry, showing us that the gladness of one’s heart is the greatest gift of all. This production includes beloved holiday music and will be enhanced by local choirs caroling before each performance," a press release reads.

Vogel will be joined at the Huntington’s "Humanities Forum," by fellow Pulitzer prize-winner (“No Ordinary Time: Franklin and Eleanor Roosevelt: The Home Front in World War II,” 1995) presidential historian Doris Kearns Goodwin. Goodwin, a Concord resident and former Harvard professor, is no stranger to the panel circuit having appeared ubiquitously on television in support of her acclaimed book, Team of Rivals: The Political Genius of Abraham Lincoln. The work has often been credited with inspiring some of President Obama’s cabinet choices, most notably Hillary Clinton for Secretary of State. Goodwin is no stranger to theater: her husband, former John F. Kennedy speechwriter Robert Goodwin, authored the play, Two Men of Florence, which premiered at the Huntington last March.

Vogel and Goodwin will speak immediately following the 2:00PM matinee of the show. As with the A.R.T talk, the panel is free to the public, but tickets to the performance are sold separately.

Our two university-backed companies are making it clear: theater in the Hub means getting some cultchah with your aht.