Electronic Arts today announced the latest in the Medal of Honor series, but unlike those before it, this one’s on the modern battlefield, and is claiming a helluva lot.

Set in Afghanistan, EA is calling this first-person-shooter “the most authentic modern war experience,” and will hit the PS3, Xbox 360, and PC Fall 2010. 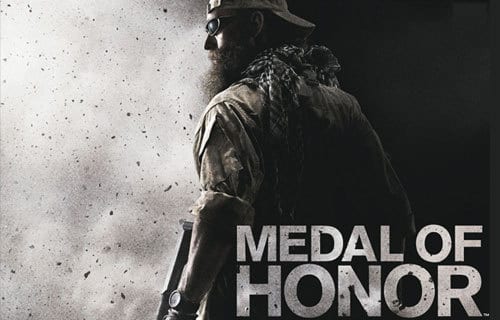 Not Billy Gibbons of ZZ Top, or is it?

According to EA’s press release, the dude in this box art image (which can’t be final already, can it?) is Tier 1 Operator, “a relatively unknown entity directly under the National Command Authority who takes on missions no one else can handle.”

The new game is simply called “Medal of Honor,” at least for now, and according to the release, it will allow gamers to “step into the boots of these warriors and apply their unique skill sets to a new enemy in the most unforgiving and hostile battlefield conditions of present day Afghanistan.”

Here’s the best part. Two dedicated teams are working on the game. EA Los Angeles is building the single player, while masters of excellence EA DICE are handling the game’s multiplayer.

What’s that mean to you? Well, you won’t be getting a skimpy single-player experience (we’re looking at you Mr. Modern Warfare 2 and your 5 hour campaign!), and you’ll get the best of the best in multiplayer.

The game’s official Web site has gone live for you to toy around with, and the first trailer for the project will be shown the 2009 VGAs next week.