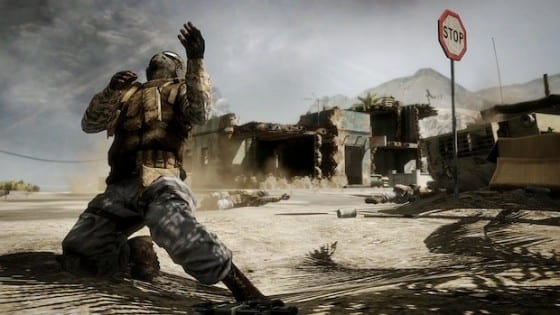 "I need a new graphics card. Oh the humanity!"

As you know, the game runs on the Frostbite Engine, one that allows for the total destruction of nearly everything on any given map, and thus, as you might expect, can be quite a taxing biiatch on your gaming rig.

The minimum requirements are too bad, but we know you PC gamers, you’ll settle for nothing but the best, and will want to take a look at the recommend, and much more hefty settings.

Luckily, the title releases after Christmas, so maybe Santa will drop down your chimney and grace you with a new graphics card!!

As seen on the Battlefield Blog