FIFA ’10, the game based on the world’s most popular sport, has sold over 4.5 million copies at retail according to Electronic Arts, which released the hefty statistic today.

We already knew FIFA ’10 was the fastest selling game ever, but, for a sports game, to reach the 4.5 million figure, well, that’s just impressive. 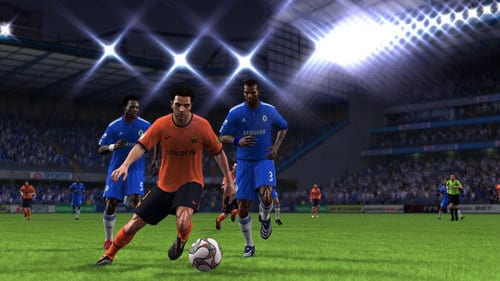 What’s more though is EA announced future plans for digital dominance in the form of FIFA ’10 Ultimate Team, DLC for the title due out in January for the PlayStation 3 and Xbox 360.

“We now have over 7,000 players from 27 leagues available, from which gamers will craft one or multiple squads to show their mastery of the revamped, more realistic chemistry system, and compete in tournaments with exciting requirements and rewards. On top of that, we’ll release new tournaments and other updates regularly to keep the experience fresh and exciting.”

And EA padded that announcement with even more statistics. According to the publisher FIFA ’10 sold 26 percent better than ’09 over the same period of time and “3 million games are played daily and over 113 million total online games have been played on the PlayStation 3 and Xbox 360 over the past two months.”

I’ll chalk the ramped up excitement to 2010 being a World Cup year, but feel free to guess as well.