Coming to the Xbox 360 and Playstation 3 are two packs of DLC, the first of which is called Battle of Forli and will hit in January, followed by Bonfire of the Vanities in February. 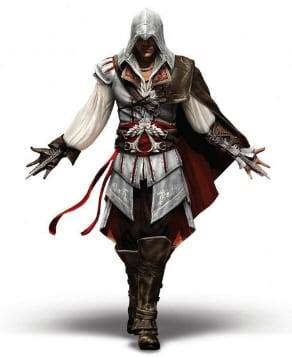 The downloadable content is said to fill in missing plot lines from the game’s main story, and, as IGN points out, reflect actual historical events. Hop on over to IGN to get more on that account.

Ubisoft did not make any mention of pricing, but, oddly provided us with this bit of information. To download each expansion, gamers will need a hefty 1GB of free space to enjoy the content. That’s kind of a lot, so might we see two large expansions like Grand Theft Auto did with Gay Tony and Lost and Damned?It’s too early to tell, but, as always, we’ll keep you in the loop!