English Scottish tennis star Andy Murray plays a lot of video games. You might think he wouldn’t have time, you know, being a professional and multimillion dollar athlete and all, but still, he does.

Apparently, his love for the digital art we admire so fondly was too much for now ex-girlfriend Kim Sears, as she’s ended it between the two. 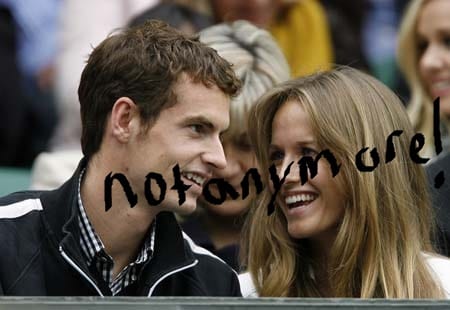 Sears allegedly became fed up with Murray’s “7 hours a day” gaming habit on his PlayStation 3, reportedly playing an unnamed tennis title and Modern Warfare 2, and said “No more Mr. Murrary, we’re though!”

Now, this story is unverifiable and simply speculation at the moment, but according to Brad Gilbert, Murray’s former coach, and sources close to Sears, this happened:

Brad Gilbert, Murray’s former coach, has said in the past that Murray spends “seven hours a day” playing video games.

The source told The Sun: “He would spend all his time glued to them. In the end she just got fed up with it. She wanted more out of the relationship.”

The story has oddly vanished from the Sun’s Web site, but can still be read, in full, at the Telegraph.

update- I’m an idiot. Murray is Scottish. Thanks for the tip Gayle