Michaele Salahi is being considered as a cast member for the reality show “The Real Houswives of D.C.” 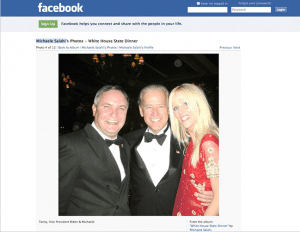 According to Secret Service, the couple went through all security checkpoints, but managed to slip by even though they weren’t on the guest list. Secret Service are blaming a single checkpoint which, they believe, did not follow proper protocol.

The Secret Service has launched an internal investigation in hopes of finding out how the two managed to get past multiple security checkpoints. The couple also managed to snap pictures with Vice President Joe Biden, Chief of Staff Rahm Emanuel and CBS anchor Katie Couric, among others.

The incident is a major embarrassment for the White House security. The Salahis are scheduled to appear on CNN’s Larry King Live on Monday.