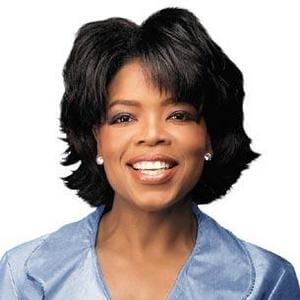 First and foremost, Oprah Winfrey will talk on the air today about ending her iconic syndicated daytime talk show, “The Oprah Winfrey Show.” She will tell viewers that the show will end its run after 25 years on September 9, 2011. Oprah does have her own network, called OWN, launching next year, but we’re not sure what her future plans are beyond the show.

Other news, the season finale of “Curb Your Enthusiasm” starts at 9 on Sunday on HBO.

Some future premieres to talk about. ABC will start the sixth and final season of “Lost” on February 2 with a two-hour episode starting at 9 p.m. An hour-long recap of last season will start at 8, and the show will air Tuesday nights at 9 all season long. ABC will also launch an online companion for “Grey’s” addicts called “Seattle Grace: On Call.” on ABC.com. The six-webisode series will be set at Joe’s Emerald City Bar and will feature cast regulars including Gloria Garayua and Brandon Scott.

Over on NBC, “Chuck” will start its third season on January 10 with 2 episodes starting at 9 p.m. Then it will move to a regular time slot with another episode Monday January 11 at 8 p.m.

G4, the video game and Gen-Y network will start a show called “Campus PD” with a look at police on colleague campuses on Florida, Texas, California, and North Carolina. It premieres December 8 at 11 p.m.