Sony recently held a presentation detailing its efforts to succeed and become profitable by the end of 2010, and inside that plan is the company’s view of how games will be played on PS3’s in the near future; in 3D.

Sony plans on implementing the full-on 3D support via a simple firmware update available for all current PS3 consoles, and will also release titles in 3D that’ll likely blow our minds.

You’ll have to wear a fruity pair of glasses and look like an Agent from the Matrix to play the games, or buy a 3D-supported television to enjoy these games, but the way I see it, 3D has to be the next step in gaming/television, right?

Here’s Sony’s strategy, imaged. Let us know what you think! 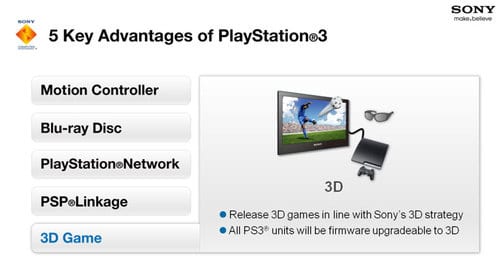 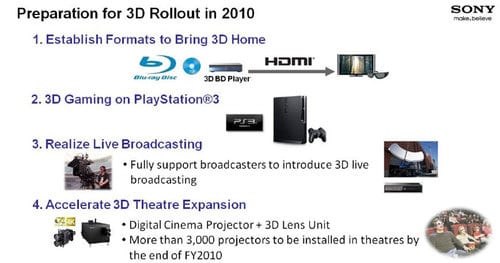