For those of you who have already played Dragon Age: Origins, you know that Ostagar is the site of a great tragedy that helps shape the narrative of the entire game. You could never go back there during your time with the disc-based version of the title, but now, with the Return to Ostagar DLC pack, you will be able to learn more about the events at Ostagar, fleshing out the story of Dragon Age and Ferelden even further.

"We are very proud of the phenomenal launch of Dragon Age: Origins and we’re pleased to announce the next installment of downloadable content that will be available to fans of the game," said Ray Muzyka, Group General Manager, RPG/MMO Group of EA, and Co-Founder, BioWare. "The Return to Ostagar DLC pack is a prime example of BioWare’s commitment to give fans a game that continuously offers new experiences and further enriches a storyline that has already received critical acclaim and positive feedback from the players." 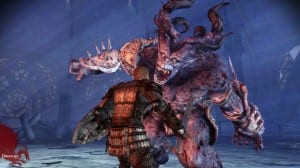 The first two packs of DLC were solid additions to Dragon Age–you picked up some exclusive items and abilities, and also got a chance to earn some more experience for your party, something that’s definitely useful on harder difficulties. I won’t turn my nose up at more of DLC, especially at a $4.99 price point. It gives me an excuse to go in with both of my characters too, especially since they play and act so differently. There’s no set date yet, but it’s releasing this holiday–somewhat vague, but at least we know it’s soon.