According to the latest issue of Japanese gaming magazine Famitsu, the next No More Heroes title is planned and on the way for high-def gamers.

That’s right, the once Wii-exclusive franchise, with Travis Touchdown, his glorious catchphrase (NSFW) and killer katana, will make the jump to high-def consoles PlayStation 3 and Xbox 360.

The sequel, supposedly known as No More Heroes: Heroes Paradise is a likely choice for Xbox 360 and PS3, as both system’s will soon have motion-controlling capabilities, what made NMH work so well on Wii, by the name of Natal and “Sphere” respectively.

I loved No More Heroes on Wii, and can only imagine how freakin’ sweet the blood, gore, and action would look and feel in HD.

Take a look at these shots leaked from the magazine and stay with us for continued coverage of this developing story. 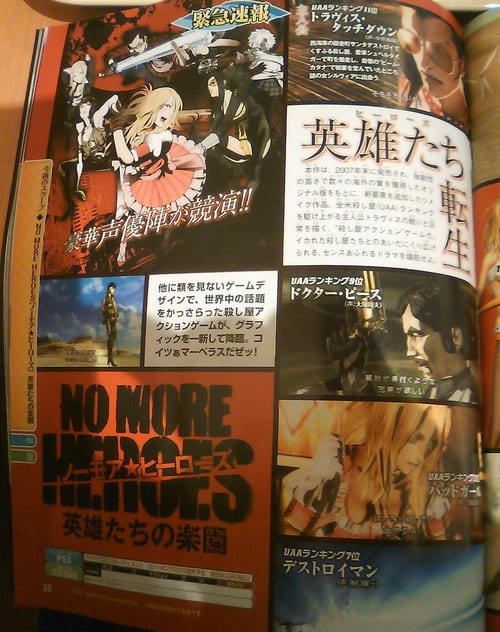 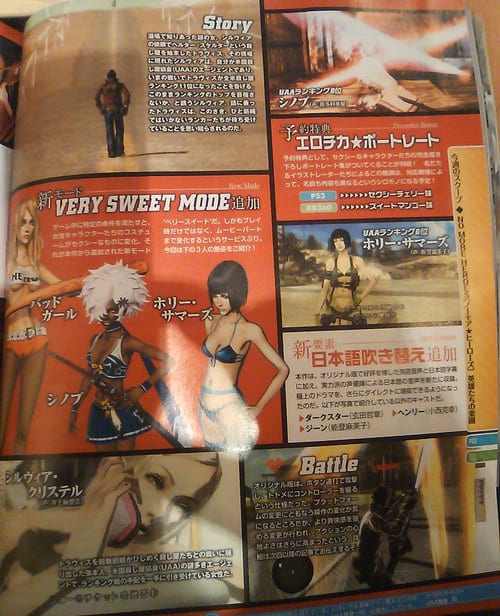