Now, this could be some wildly amazing Photoshop, but that seems highly unlikely, as the game’s official Tenth Anniversary stamps adorn the box and just really, it looks so damn fine!

There are four options for survey-takers to consider, all of which show Longoria as the lucky man to be honored with the cover next year. 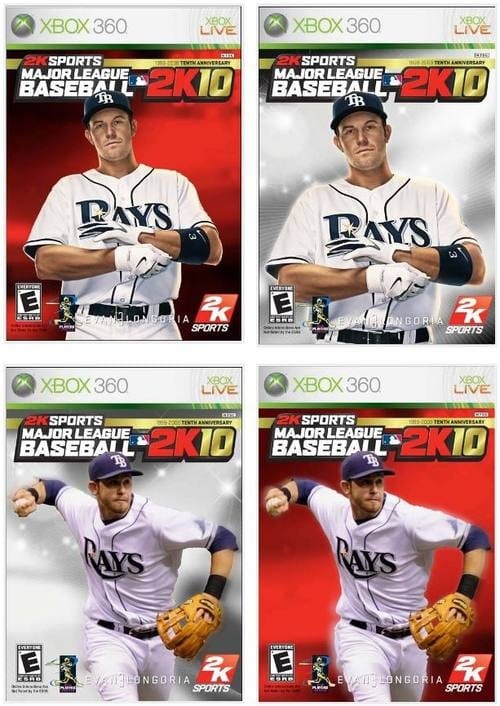 What do you think? I like the bottom two, the more realistic and less stylized imaginations, but that’s just me.