The original Bad Company is a fun and different Battlefield title, and the second looks to continue that by focusing very strongly on the multiplayer component. That’s why it’s no surprise that the demo for multiplayer in this squad-based shooter will be available for PS3 owners on November 19, assuming you reserve the game at Gamestop, either in stores or online.

“With Battlefield: Bad Company 2 we’re looking to raise the bar across all aspects of our multiplayer experience, setting a new standard for online play,” says Patrick Bach, Senior Producer on Battlefield: Bad Company 2. “From the graphics to the vehicles, weapons and destruction, we are delivering the best online multiplayer game next year, and we want gamers to experience it themselves by playing the beta and demo.”

If you were thinking about getting the game anyways, I suggest you plop the $5 down for the reserve in order to secure the code, as I haven’t been able to pull myself away from the demo whenever I see it at a convention or press event. DICE looks like they may have a winning multiplayer component on their hands–dare I say–one that is more intriguing than Modern Warfare 2. See for yourself in a few weeks when the demo hits–you’ll be able to compare apples to apples for free. 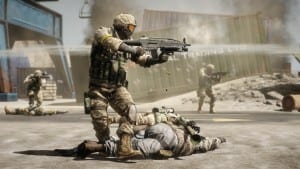 For those of you sans PS3, don’t worry, as demos will hit the PC and Xbox 360 in the future. This is just a timed-exclusive demo for PS3 owners. 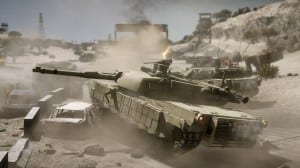