Mega-retailer Wal-Mart is kicking off the  Holiday shopping season early this year and are offering up quite a spectacular Xbox 360 deal this weekend. 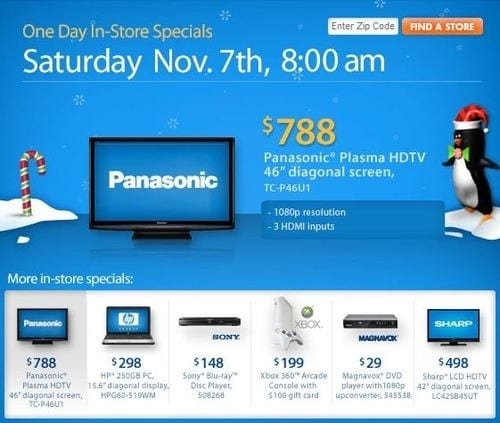 Now, before you get all loony, remember the Arcade model doesn’t come with a hard drive for content downloads and the like, but if your 360 just crapped out and you already have a hard drive, then my goodness, this deal is hot.

Also in the ad are cheap HDTVs, a Blu-Ray Player, a laptop, and a DVD player. In case you need any of those.

Stock is likely to be limited, so long, wraparound lines are likely, but please, for heaven’s sake, don’t let this happen!