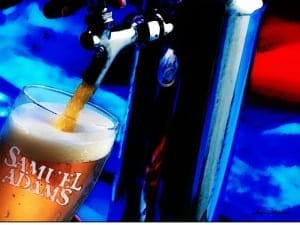 The Boston Beer Company, brewers of Samuel Adams, announced this week that it would put out a limited release of a new Samuel Adams Barrel Room Collection beers.

The collection includes three oak-aged beers that were brewed and aged here in Boston. These join the Samuel Adams Triple Bock and very limited Utopia collection of aged beers. The collection is available at the brewery on Germania Street in Boston as well as select retail locations in Massachusetts, Hew Hampshire, Maine and Denver at $9.99 for a 750ml bottle.

“(The beers) are a result of years of experimentation by the brewers at the Samuel Adams Boston Brewery,” the company said in a statement. “The trio of brews have been aged in Eastern European oak barrels, originally used to age brandy in Italy, imparting a subtle sweet, toasty note to each beer. The barrels also allow a small amount of oxygen to slowly seep in to the brew, smoothing out the flavors in the beer.”

“For years, we’ve been playing with barrels at the brewery, aging small batches of beer in our Barrel Room. Before now, these beers have only been available at beer festivals or to a few lucky visitors to our Boston Brewery,” said Jim Koch, Brewer and Founder. “Our Boston Brewery is where every Samuel Adams style of beer is dreamed up and nurtured. It has been our hub of innovation since I started brewing here in 1988; I like to think of it as the ultimate brewer’s workshop.”

For an optimum drinking experience, the brewers at Samuel Adams recommend serving each brew in a traditional Tulip-style beer glass.

Samuel Adams American Kriek: The intense black cherry character in this beer comes from Balaton cherries, which were discovered in Hungary and are now grown in Michigan. These special cherries are prized for their depth of flavor. The tartness from the cherries is balanced by a rich, malty character with toasted oak notes added from the barrel aging. (~7% ABV)

Samuel Adams Stony Brook Red: This unique brew defies traditional beer style definition. The rich, malty brew combines notes of tart fruit from the yeast with a toasty oak character from the barrel aging. The long dry finish is almost wine-like. This is a beer that is satisfying on its own and also pairs well with many foods such as braised or roasted meats, beef stews and strong salty cheeses. (~9% ABV)