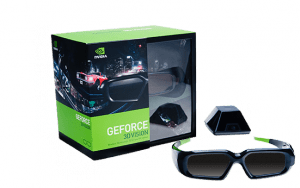 Most 3D software, gaming or otherwise, available up to this point has been very gimmicky. Either you were traversing polygons in a huge, virtual reality apparatus at a theme park, you were peering into a set of unwieldy goggles which rendered Wario in an ugly red monochromatic landscape–and yeah, we know you’d rather leave the horrendous Virtual Boy buried in the annals of your memory.

However, desktop 3D gaming is actually experiencing somewhat of a renaissance, and you can actually experience pretty decent 3D gaming from your computer.  We’ve looked at the hardware offered by North Quincy, MA computer manufacturer Psychsoftpc before, but the maker has since expanded their offerings, and now you can order your gaming rig with NVida’s 3D Vision Kit with their Psyborg Extreme Gamer PCs to experience 3D gaming straight out of the box, provided you have one of the many supported steroscopic montors. And, as the computer maker points out, this is probably the closest we’ll ever get a holodeck.

The kit comes with viewing glasses that function on the same principles as the ones you wore when you watched latest Pixar flick. Each eye sees a slightly different image, and the brain integrates the two images to produce a depth of field. The best part of the entire system is that the software inteagrates with existing games, meaning most games are compatible with the viewing system. NVidia often demos the system by playing Mirrors Edge, an experience that has to be absolutely and delightfully nauseating.

As we said before, Psychsoftpc makes some powerful computers, and by offering NVidia’s 3D Vision Kit with them, the package only becomes even more valuable.