The remaining Wallace and Gromit episodes, from the Grand Adventures series, will all arrive Nov. 4, and will coincide with the 20th anniversary of the bumbling inventor and intelligent canine when the duo first stormed onto the scene in A Grand Day Out.

Next Wednesday, The Last Resort, The Bogeyman, and Muzzled!, will join the already-released, Fright of the Bumblebees, on the Xbox Live Arcade. 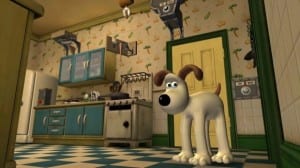 Each episode carries an 800 MS Points/$10 price tag, so buying the entire four-part season, my inner math genius tells me, would run you a seemingly acceptable $40 price tag.

We played, reviewed, and praised each of Telltale Games’ episodes in the series for PC, and clicking each above link will take you to each respective review.