Premieres of BET’s “Monica: Still Standing” and TLC’s “The Little Couple” can each be seen at 10 tonight. 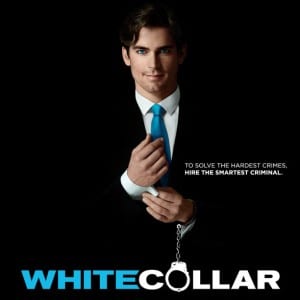 Beyond that, USA Network is singing the praises of its new series “White Collar,” which debuted Friday night at 10 to the tune of 5.4 million total viewers. It was the best Friday 10 p.m. performance for USA in three years. CBS continues to carry Friday nights among the major networks, however, with new episodes of “Ghost Whisperer,” “Medium” and “Numb3rs.

FOX, with “Dollhouse,” finished fifth on Friday night, behind Univision, ABC, NBC and FOX. Even “The Jay Leno Show” did better than anything on FOX on Friday, which also boasts “Brothers” and “Till Death” in its Friday night lineup.

FOX is at the drawing board, however. The network has approved a new comedy from Seth Gordon and Adam F. Goldberg about a pack of 20-somethings who hack computer systems. That show, however, is still a ways away from even being a pilot.

NBC green-lit two products of its own recently. One, a drama called “Nola Rising” is from Teri Weinberg and writer Diane Ademi-John about a private eye who partners with an ex-con who can allow ghosts to use his body — like in “Ghost” — as the pair solves crimes. The second show is a comedy called “Ordinary People,” which is being hailed as “Mad About You” meets “The Cosby Show.”

“NCIS” and “NCIS Los Angeles” are on CBS tonight, and ABC busts out the big guns with “It’s the Great Pumpkin, Charlie Brown,” so don’t miss it.