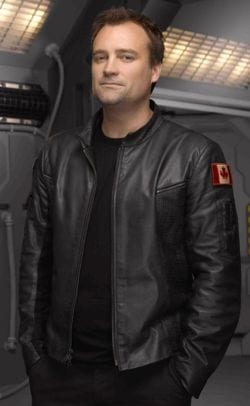 We’ve been talking so much about Stargate lately.

Between Universe and the recent news about Jason Momoa, you’d think we’d have covered it all by now, right?

“Stargate Atlantis” alumnus David Hewlett, who’s appearing in the forthcoming straight-to-video movies that will wrap up the “Atlantis” story, was recently cast in an indie film called “The Whistleblower,” GateWorld reported.

The movie films in Romania and is about the true story of a Nebraskan police officer who outs the United Nations for covering up sex trafficking.

Hewlett plays an American U.N. peacekeeper who’s suspected of being involved in the elicit sex trade. It’s a far ways away from his nerdy scientist character in Stargate.

GateWorld also said that MGM gave Hewlett a green light on a script he’s working on. No details about that just yet.