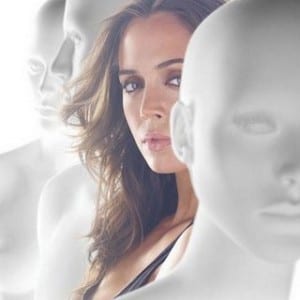 With poor ratings, FOX has decided to pull “Dollhouse” from the schedule during the pivotal November sweeps, Entertainment Weekly reported.

The Joss Whedon series will come back in December with back-to-back episodes.

But when the show returns in December, it will remain in its deadly Friday time slow when no one is home and the sci-fi fans who are watching TV seem to be gravitating toward Stargate Universe.

The sweeps period runs October 30 to November 26. A repeat of the two-hour “House” season premiere will air on Oct. 30, and “House” and “Bones” reruns will fill Fridays until December.

Despite all the popularity we’ve heard about the show and its quality and diehard base of fans, this could be the beginning of the end.

It’s too bad. FOX really should put this show on earlier in the week. We even heard that this week’s episode was one of the best yet. Maybe a little time apart will make fans appreciate the show more. Then again, maybe FOX will just cancel the show after this season.

What do you think? Share your thoughts in the comments section!