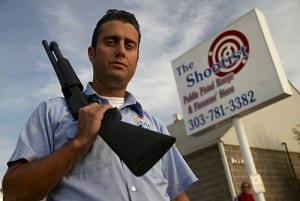 “Lock ‘N Load” premieres tonight at 8 on Showtime as well as “Living with Ed” on Planet Green at 9.

ABC gave the full season order to “Castle,” Nathan Fillion’s drama, which is currently #2 in the ratings for its Monday 10 p.m. slot.

A&E will start up “Steven Seagal Lawman,” a reality series about the action star’s new job as a Louisiana sheriff’s deputy. The series begins December 2 at 10 p.m. with two episodes.

FOX is starting up two new shows including an American version of the British “Daylight Robbery” series, Variety reported. The show is about four “desperate” housewives who need cash and become burglars. The other show is an hour-long drama called “Midland” about a man with two wives. FOX also ordered three more episodes of “Lie To Me.”