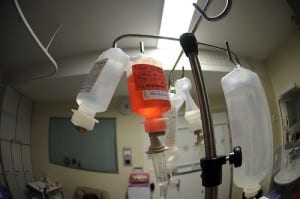 If you ask the average American for the best advice you can give your friends and family when it comes to cancer, you will almost certainly hear that screening and early detection are the best tools we have. And for the longest time, that’s what we’ve heard from our doctors and the media. But the times, they are a-changin’, and The American Cancer Society is reversing its long-supported position that frequent screenings will lead to fewer cancer deaths, especially in breast and prostate cancer.

Tumor growth is actually relatively common; however, most tumors are benign, and do not invasively grow further outward or take up residence in other locations. That process, known as metastasis, is the true killer in cancer, as the body becomes unable to fight off the multiple new tumors that begin to disrupt normal body function.

The ACS is now telling patients that we may be over-treating the less-threatening tumors, and in the process missing more-threatening cases.‚  Since advocating screening, the ACS acknowledges that cancer diagnoses have increased. However, for frequent screenings to actually prove beneficial to the public health, there should have been a corresponding decrease in cancer deaths. Instead, widespread screening has only led to an increase in the discovery and treatment of tumors that would have remained harmless and wouldn’t have required any intervention.

While screening has resulted in fewer late-stage cancer cases for colon and cervical cancers, unfortunately there’s no data to show that we’ve seen fewer deaths in breast and prostate cancers, and doctors are now worried that the public has been over-promised on the benefits of some cancer screens.

However, Colin Begg, a biostatistician at Memorial Sloan-Kettering Cancer Center in New York told The Times that he’s worried that the message will confuse the public who will assume that all cancer screenings are unnecessary. “I am concerned that the complex view of a changing landscape will be distilled by the public into yet another “Ëœscreening does not work’ headline. The fact that population screening is no panacea does not mean that it is useless” he said.

For now, it will just take time for doctors and researchers to determine which tumors should be treated, and which, counter intuitively should be left alone. In the mean time, follow the advice of your doctor, whatever that might be.