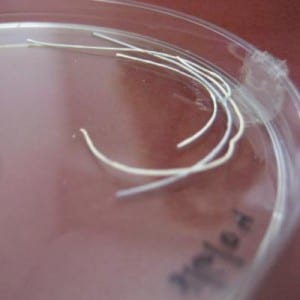 Lizards are born with a nifty adaptation. When too much stress is put on the joint between their body and tail “" like say when a predator grabs the lizard’s tail “" the two separate, hopefully giving the lizard the chance to run away. Over the span of a couple weeks, the lizard will actually regrow all the different vascular, nervous, and structural tissues, forming a completely new tail. It’s an impressive feat, and one that humans are quite incapable of.

The ability to grow new tissues in a lab is an area of much fervor. The long list of people waiting for an organ transplant certainly could use it, as could land mine victims. One of the largest hurdles in tissue engineering is the development of bone, which requires certain chemical signals to grow. While researches have long known what these signals are, they have yet to be able to deliver them in a way that leads to proper bone growth.

Now, researchers at Tel Aviv University have developed a new technology meant to aide the human body in growing new bone. The scientists developed a flexible scaffolding of soluble fibers that promote the growth by trapping the growth-stimulating drugs within the scaffold, preventing them from being metabolized too quickly by the body, and holding them in specific locations to dictate the growth pattern of the new bone.

While the technology is far from being ready to test in human subjects, the scientists predict that the technology could be used at first to grow new bone for dental implants. Further developments could eventually allow the technology to be adapted for cosmetic surgeries, allowing patients to grow their own implants.

“Our fibers provide all the advantages that clinicians in tissue regeneration are calling for,” says Professor Meital Zilberman. “Being thin, they’re ideal when delicate scaffolds are called for. But they can also be the basic building blocks of bones and tissues when bigger structures are needed.”

Further research will be aimed at growing new types of tissues, and eventually developing complete sets of tissues. We may never be able to grow a new arm on our own, but science may give us a way in the future.