Publisher THQ today announced that Darksiders will hit PS3 and 360 in North America on January 5, 2010, followed by a release in Europe, and Asia and the Pacific, January 7 and 8 respectivley.

Just what the hell is Darksiders? According to the game’s official description, which we love the wording of:

Gamers will explore Earth set 100 years after the biblical Apocalypse, traveling through expansive dungeons, battling demons and angels and striking deals with unsavory characters in an epic quest to restore the balance between Heaven and Hell.

Sound epic enough for you? Hope so, but if not, THQ also released images of the game’s final box-art design for PS3 and 360 and they look something like… 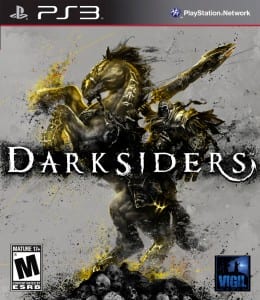 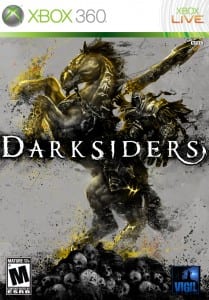