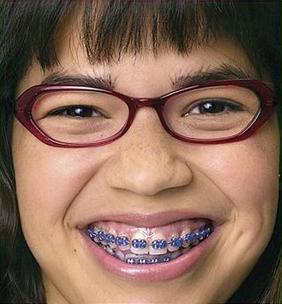 Tonight is the season premiere of “Ugly Betty” on ABC at 8 and “lobstermen” at 10 on Discovery Channel. and we also have the season finale of “Psych” on USA at 10 p.m. “Storm Chasers” premieres Sunday at 10 p.m. on Discovery

Could this finally be the end of “Jon & Kate Plus 8?” TLC will halt the show in mid-November, and has said it will not launch “Kate Plus 8” on November 2 on the heels of Jon Gosselin’s court order preventing the pair’s children from being filmed. We’re sure that there will be more to this story.

Showtime will order a one-hour pilot of an American import of the British drama “Shameless,” with William H. Macy. The show is about a working-class family of eight children with an alcoholic father — no we’re not still talking about “Jon & Kate Plus 8.”

The CW has six — count’em — six new shows in development. “Spy School for Girls” is about women spies being trained by the CIA. “Plymouth Rock” is a space-themed melodrama about people on a space ship traveling to another planet, and the fun that ensues there. “Confessions of a Backup dancer,” will be written and executive produced by Ilene Chaiken (“The L Word”). “The March Sisters” is a modern-day Little Woman. And finally, there’s an untitled crime drama coming out of Robert De Niro’s Tribeca Entertainment.

ABC gave “The Gates” a 13-episode order for the season.

Finally, the Yankees and the Angels begin game one of the American League Championship Series at 7:30 on FOX. We couldn’t care less.