Due out November 3, the new hunk of plastic is exactly the same as the 120 GB model Sony released in September, just with a larger hard drive. 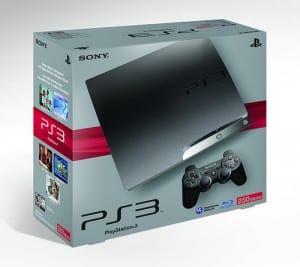 Sony also announced that over 600 million pieces of digital content have been downloaded from the PlayStation Network to date, so you all must want a larger drive, right?

The extra space however comes at a premium. This new model will run you $350 instead of $299, but with so many games, movies/TV shows, music, photos and PlayStation Network downloads to get after, and only a finite amount of space for them, a larger hard drive is something to consider.