Everyone knows 90’s band “Blur” for their famous and catchy “Song #2,” you know, the one that goes “Woo hoo” again and again.

And today the four-piece were announced as the latest act to appear in LEGO: Rock Band in block form. 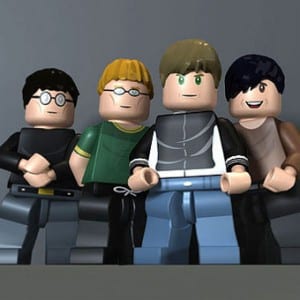 They join Iggy Pop and David Bowie as in-game characters and have thier hit tune “Song #2” in the game.

Both LEGO: Rock Band and Band Hero are scheduled for November releases and with both tailoring to the kid-friendly audience, we may just have a war for digital dominance on our hands!