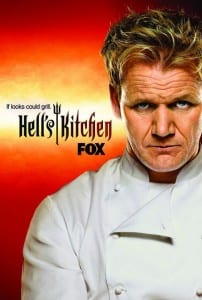 We’ve got some TV news. Not a lot. But some.

Tonight’s lone finale is “Hell’s Kitchen” on FOX at 8.

There’s going to be a new premium channel soon. Epix will launch on October 30, with several movies including “Iron Man” and “Kingdom of the Crystal Skull” and “The Curious Case of Benjamin Button.” There will also be a two-hour Madonna concert live from Buenos Aires.

ABC gave the full season order for the new drama “FlashForward” joining “Cougar Town,” “The Middle” and “Modern Family” with full seasons. No word on “Hank.”

SyFy’s debut of a new season of “Sanctuary” on Friday delivered 1.9 million viewers.

Finally, the Gilmore Girls’ Lauren Graham is joining the NBC drama “Parenthood” taking the place of Maura Tierney, who was dropped after the pilot.