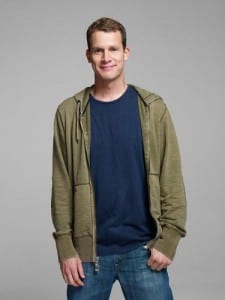 Tonight is the premiere of “Tosh.0” at 10 on Comedy Central. For you lady cop fans, “Police Women of Broward County” has its season finale tonight at 9 on TLC.

HBO will renew “Bored to Death,” a comedy about a Brooklyn writer, and CBS is going all in on “NCIS: Los Angeles” and “The Good Wife,” giving both new shows an order for at least a full season after very high ratings for both. CBS carried the evening on Tuesday, as it has done since the two shows premiered in September.

Showtime has been full of winners over the past few years, and the network is betting on another. The tentatively titled “Behind the Green Room Door” will allow viewers to go inside the green room where celebrities and comedians meet and talk candidly with each other. This show will include appearances by onathan Winters, Eddie Izzard, Roseanne Barr, Drew Carey, Robert Klein, Penn Jillette, Bob Saget, Sandra Bernhard, Andy Dick, Rain Pryor, Rick Overton, Paul Mooney, Bobby Slayton, Jim Jefferies, Patrice O’Neal, Brendon Burns, Larry Miller and Reginald D. Hunter, plus some newcomers.

Finally today, BET is developing a documentary series about Michael Vick and his return to the NFL after spending 18 months in prison.

FlashForward is on tonight along with Vampire Diaries. Stick to your couches, kiddies.