Electronic Arts today confirmed a Rock Band game for iPhone/iPod Touch, named its setlist, and dated it for release by the end of October. 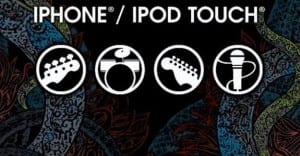 “Rock Band is coming to iPhone/iPod touch this month,” EA Mobile announced on its Twitter account today but publisher’s love of social outlets didn’t stop there.

So not only did EA confirm the game, they also confirmed an in-game music store for the game. Nice!

And best of all, EA released the game’s full core setlist. Have a look.

The game will include vocal, guitar, bass, and drum parts and will take advantage of the Bluetooth functionality built into your iPhone or iPod Touch for up to 4-player multiplayer fun.

Tap Tap and Tap Tap Revenge beware, when Rock Band for iPhone hits, you won’t be the fattest cat in town.