The Fall Xbox 360 Dashboard update, first announced at E3 2009, will bring social services Last.fm, Facebook, and Twitter to all Xbox 360s connected to the internet sometime in November but a public beta is happening this month.

According to MTV Multiplayer, the public beta will commence sometime “middle-towards-end of October,” based on what a Microsoft representative said today at the Microsoft Open House in New York City. 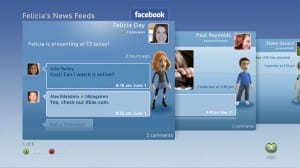 Now, a public beta doesn’t mean everyone will get in. Like the last update, a select few Xbox community members will be selected to participate as well as members of the press, but the good news here is that the beta often precedes the actual launch by mere weeks. The actual update will likely hit sometime in the beginning to mid November.