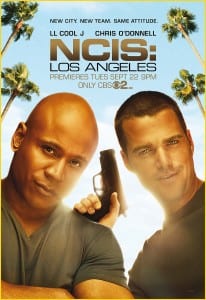 Just a few premieres tonight, and they’re all on cable.

CBS has new episodes of “NCIS” and “NCIS Los Angeles” tonight, and we expect the network to carry the night.

MTV will air the Adam “DJ AM” Goldsten hosted/created series “Gone Too Far” starting October 12 at 10 p.m. The network had to get consent from the entertainer’s family. Goldstein died from a drug overdose in August.

Showtime has renewed “Californication” for a 12-episode fourth season in 2010.

Sony and Mark Barnett are re-booting “Fantasy Island” and developing a new hour-long elimination reality show involving 12 contestants at an exotic island resort, battling to become the next “Mr. or Ms. Roarke.” The contestants will battle to best fulfill the fantasies of the guests arriving on the island.