How does Harmonix plan on following up The Beatles: Rock Band? Why with LEGO Rock Band of course. And joining Iggy Pop as a playable character is David Bowie in block form, according to a USA Today report issued today.

A LEGO version of Bowie and his band will show up in the game performing “Let’s Dance,” and possibly more.

Additionally, the paper pointed out the connection between Pop and Bowie, reminding us that Bowie produced several of Pop’s albums including “China Girl,” one of Pop’s most beloved albums.

More of the game’s musicians, songs, and more are promised in the coming weeks, before the game hits shelves this November.

All the songs already confirmed for LEGO Rock Band.

Here’s Bowie in all his LEGO magnificence. 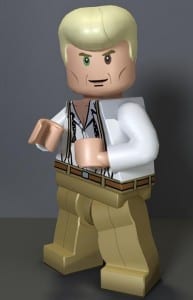 Lust For LEGOs at USA Today