Atari today revealed that Ghostbusters: The Video Game is headed to the PSP and PSPgo in November finally completing the game’s availability on every major system under the sun. 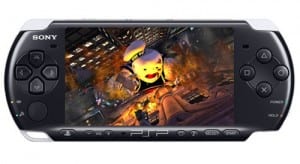 Red Fly Studios, the team behind the Wii and PS2 versions, handled the development duties for the PSP project, so we can likely expect much of the same, but this is a good thing.