When EA Turbine elusivley announced The Lord of The Rings Online’s second expansion “Siege of Mirkwood” earlier this month we knew little about it. 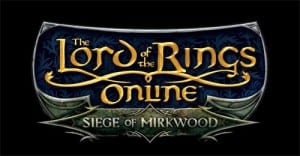 That secrecy ended today as Turbine revealed that the expansion will hit December 1 bearing a $19.99 price tag, laying to rest rumors of it being free.

From the “Shire to Moria, the great underground realm to the menace of Mirkwood, players will experience the world of Middle-earth as never before” in the expansion according to Turbine.

Siege of Mirkwood will raise the level cap to a whopping 65 and open up environments east of the Misty Mountains as well as numerous dungeons, raids, and brand new “skirmishes” or randomized instances for your enjoyment.

Turbine also detailed membership levels and what they mean for adopters of Mirkwood come December.

Lifetime memberships are now $199 and anyone who renews or upgrades their subscription to any multi-month plan by October 31st gets the Siege of Mirkwood digital expansion for free.