Mike Capps, president of Epic Games, at a panel today at the Tokyo Game Show, revealed the opening of a Japanese branch, and teased it’s “secret” ambitions. 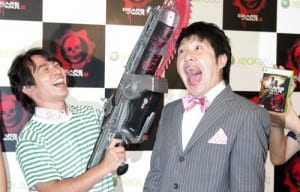 According to Capps, the Tokyo branch will focus “mostly [on] technical support and sales support,” but went on to praise game development in Japan and teased future expansion saying: “we may have secret plans to hire some Japanese game developers too.”

Now, let’s not go crazy here. Gears of War likely won’t ever turn into an RPG, but then again, who knows?