Left 4 Dead maker Valve today announced that “Crash Course,” an additional campaign for Left 4 Dead will go on sale next week for Xbox 360 and PC headshot-honchos. 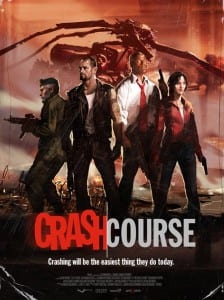 The new campaign, available Sept. 29, will take place between the events of‚  “No Mercy” and “Death Toll” and will be free for PC gamers and $7/560 MS Points for the rest of you Xbox 360 zombie-annihilating‚  gunslingers.