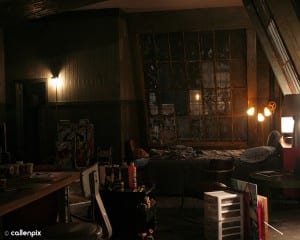 BURBANK, Calif. — In a two part segment exploring the new series, “The Forgotten“ Blast takes you onto the set of this suspenseful drama, which explores unsolved crimes and missing person cases.

Who are “The Forgotten?” If you’re thinking about the latest Jerry Bruckheimer project starring Christian Slater, you’re partially correct. The latest ABC drama set in Chicago puts a unique spin in its method solving mysteries. You see, “The Forgotten” also refers to what the show calls the Forgotten Network, an organization made up of average citizens attempting to crack cases outside the realm of law enforcement. Similar to real-life groups like Project E.D.A.N (Everyone Deserves A Name), where cases are posted online to the public for new leads, the series doesn’t skimp on working out the details. In fact, the look and feel on the set with its dim lighting, and dark earth tones helps add to the atmosphere of the series. 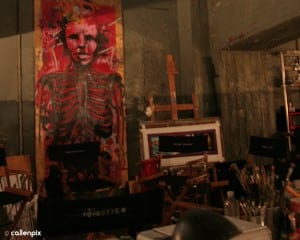 The first stop at visiting the show took us to the police precinct area. All the details authenticating its Chicago locale are found in its classic interior design. Possibly, the most significant element had to be the temperature on the set. If there’s anything Chicago is known for, it’s the weather, cold weather, which is nothing like the temperatures in Los Angeles during the fall. It would seem the production department spared no expense in giving its actors the feel of the Windy City. This is just one element which adds to the show’s promise in being a success.

Although the character of Alex Donovan (Christian Slater) headlines the series, he shares the screen with great actors alike who will undoubtedly captivate audiences with its premiere this week. In our continuing coverage, we sit down with the cast and producers as they explain how all the characters connect, and what to expect with the series.