A Bungie-developed Halo game without series protagonist Master Chief? It didn’t seem logical, probable, or even believable until Microsoft and Bungie announced the project then named Halo: Recon, last year. The game, first planned as a “mini-expansion” to the Halo 3 world, has now blossomed into a full-on $60 Halo experience with a number of tricks up its digital sleeve.

Halo 3: ODST, as we now know it, released today exclusively on Xbox 360. In the box you’ll find two discs. One containing ODST’s campaign and new multiplayer Firefight Mode, and the other with all 24 multiplayer maps for Halo 3’s uber-popular adversarial component.

Consumers, even Bungie-faithful Halo-heads have been skeptical of the project since it’s unveiling. Bungie and Microsoft have been touting the game’s value based on the inclusion of every single Halo 3 multiplayer environment to date. But what if you’ve purchased every piece of downloadable content, as so many have? Is the game still worth it?

In short? Very much yes.

In ODST you play as an Orbital Drop Shock Trooper, “The Rookie” during the events of Halo 2. As you and your squad-mates drop into the African region, all hell breaks loose. A Covenant attack knocks you off course and you’re left unconscious and stranded, by your lonesome self, in the dark, cold, and grief-stricken city of New Mombasa, a city whose secrets are numerous, and a locale you’ll grow to love. 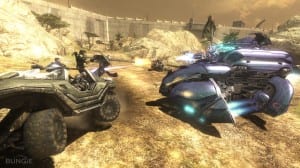 Playing as an ODST the first thing you’ll notice is a lack of super-human strength in combat. Gone is your precious regenerating health shield making the balance between gun-wielding fury and strategy a defining aspect of your success.‚  Health packs, scattered through each level, will do the trick, but you’ll have to dial down your Rambo ambitions at least a bit, as ODSTs feel the pain of enemy fire much more than Masterchief. Additionally, the fan-favorite and powerful Battle Rifle is nowhere to be found in ODST, but the headshot thirsty need not fret as the Magnum Pistol makes a triumphant return and is a quick and simple way to pick off grunts. Furthermore, a familiar weapon, though augmented, the silenced SMG, debuts in ODST but the game does not allow dual-wielding, seems Bungie doesn’t like that idea anymore. 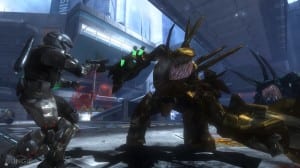 New Mombasa, the city you’ve dropped into, acts as the game’s hub, one at which all story elements originate, and one that has danger around every corner. ‚ New Mombasa is the largest single environment Bungie has ever created, and one that breaks from the normative linear model Bungie has been known to follow.

Bungie, in non-Bungie fashion, chose to tell the story of ODST not as one epic journey, but rather in fragmented pieces. As “The Rookie” you are undeniably the main character, but the story unravels through flashbacks in your squadmates’ shoes. The clues you find in New Mombasa trigger flashbacks of events. They are memories relived, and through these memories the story begins to make sense. 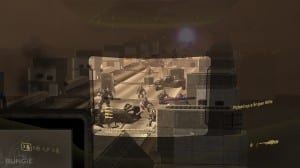 Because Bungie was not tied to one hero and one story arc, a la Halo 3, the tale feels extremely memorable through its brevity. Think of each flashback as an episode of The Office; each is different but still a piece of the overall feature.

Voice acting is superb. Corny lines of dialogue are nowhere to be found, and I found myself more than generally interested in learning the fates of my digital counterparts. Cinematic intensity? You betcha.

Graphically, ODST looks superb. The dark, gloomy colors in the urban settings and the gorgeous outdoor environments are welcome changes to the normative purple and gray color tones of Halo 3.

Additionally, ODST’s are equipped with a VISR. This Visual Intelligence System Reconnissance is a new Halo functionality and allows you to see enemies highlighted in red and allies in green all with the simple press of the X button. This tool is particularly helpful in dark, shadowy environments, and in outdoor and bright locales you’ll want to toggle it off, as the scene becomes too bright. As a more vulnerable ODST you’ll need to strategically consider how to tackle a fleet on incoming enemies, and the VISR is an invaluable tool to help do so. 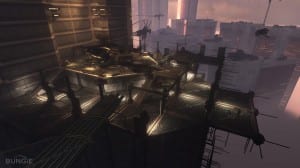 ODST was built on the same game engine as Halo 3, and yes, you can tell, but what the environment artists pulled off in the latter stages of the game is truly remarkable. You’ll want to stop and stare (if you aren’t being shot at), to take it all in, at least once.

Where ODST truly shines though is in its seemingly frenzied yet ultimately strategic combat. Enemies come at you harder than ever. They’ll only rush when they have a clear advantage, and with waning health, you’ll truly have to pick your battles.

Bungie did a great job setting up for this in their level design. Environments range from close-quarter shotgun alleys to multi-level, large-scale sniper arenas. You may be a headshot honcho with the Sniper, but if you can’t wield a Spartan Laser, or effectively flank a group of Covenant with a Carbine you’ll be dead in seconds. 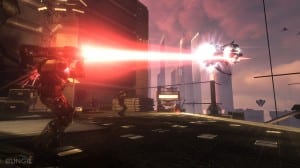 And where Halo games have always stood out and continue to in ODST is in land and air vehicle-based combat. Maybe I was a space pilot in a former life because when I jumped into a glowing purple Banshee I felt nothing but confidence as I rained down fire on a massive Scarab. In ODST you’ll drive Tanks, Ghosts, Warthogs, Banshees and more, all of which feel comfortable, familiar, and wholly workable.

Random Note: The Sniper Rifle has been updated. It’s now Hollywood-ized and pops and rings with heavy authority. You’ll notice for sure. And the soundtrack, also available today, is beautiful, always fits the mood, and can both heighten tension and trigger emotional release, speaking to composer Martin O’Donnell’s musical range.

Halo 3: ODST, in addition to the aforesaid campaign, came with a new multiplayer avenue under the hood; FireFight.

In this survival mode, wave after wave of increasingly difficult Covenant Brutes, jackals, Grunts, and the rest come at you guns blazing, plasma-grenade lobbing, and won’t stop until you and your mates are dead. Often compared to Gears of War 2’s “Horde Mode” the Halo-flavor tastes a lot different. 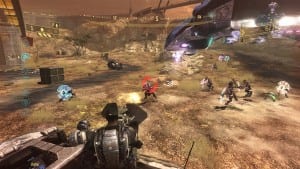 The game-mode allows for up to 4 players to band together and slay incoming Covenant in ten different environments on foot or in-vehicle and best of all, as with Halo 3’s multiplayer, your full stats are tracked both in-game and at Bungie.net.

Skull modifiers up the ante in difficulty, as you can select anything from the hilarious “Grunt Birthday” where a headshot on a Grunt makes confetti emit from their dome, to one which makes enemy AI that much smarter.

If there is one lesson I took away from FireFight, it’s that going it alone sucks. Hard.

In order to truly enjoy FireFight you’ve got to play with friends. Whether that be locally on the same screen, or with your pals in California. Not only is FireFight exponentially more fun this way, you’ll be able to talk about, and revel in past glory the next day.

The heart of appeal in ODST for me, and likely for you, lies in Disc 2 of the package. Halo 3, to this day, continues to be the most played game on all of Xbox Live. Recently eclipsing 1 billion matches played, the multiplayer component of the 2007 title is a daily ritual for hundreds of thousands of gamers. And so Bungie, in a true fan-service move, put all 24 Halo 3 multiplayer maps together on one disc including the brand new Heretic, Citadel, and Longshore environments. After playing all three multiple times on Xbox Live and locally, outside of original gems “Last Resort” “Guardian” and “The Pit” these are three damn fine multiplayer environments and will excite the seasoned Halo-head for sure. 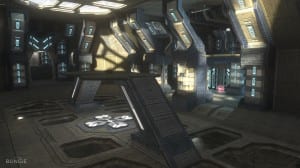 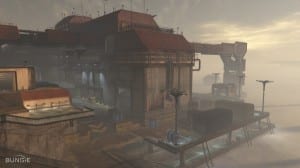 Wondering about that promised “Halo: Reach” multiplayer beta access? “Reach” was announced at this year’s E3 convention, and is Bungie’s next first-person-shooter Halo-themed project. It’s due out Fall 2010, and that’s pretty much all we know. The beta access will likely begin in the months preceding its release date, so don’t worry, you’ll have more than enough time to play ODST again and again, and then again, before Reach arrives.

Blast Factor: Halo 3: ODST is more than an expansion to Halo 3. Updated graphics, innovative storytelling, a fresh multiplayer experience in FireFight, all 24 Halo 3 multiplayer maps and a stellar soundtrack make ODST a serious contender in the FPS genre heading into the fall and holiday season. The campaign is short; only about 6-7 hours, but the combination of FireFight and the now definitive and complete Halo 3 multiplayer component, sends the game’s replay value through the roof.