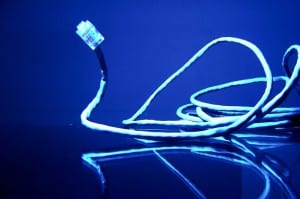 In a move that we and every other content provider will strongly applaud, FCC chief Julius Genachowski will propose a series of network neutrality rules that will require content providers to treat all internet traffic equally, regardless of content. While no official announcement has been made, a public announcement is expected Monday.

Network neutrality is a contentious subject. In a way, everyone has an understanding that ISPs will provide an uninhibited flow from content providers to the end users without purposely affecting traffic. Companies that provide internet connections, like Comcast and Verizon, often discuss their displeasure in the fact that content providers, like Google and Amazon, make their profits using the infrastructure that the ISPs have set up, without having to pay for any of it.

In theory, ISPs could choose which traffic is allowed to travel over their pipes, blocking entire domains if they wanted to. While this has never officially happened in the US, there exist no rules to actually bar ISPs from doing so. While blocking domains is a rather draconian measure that would likely never occur, Comcast has been known to throttle BitTorrent traffic, giving other data priority over the file-sharing platform.

Comcast got a scolding from the FCC, but BitTorent wasn’t a company out to make a living, so there weren’t really any damages — other than the dishonesty over its actions to Comcast’s customers. Nevertheless, it’s easy to see how an ISP could throttle one company’s traffic over another’s, resulting in damages to a business.

The FCC panel is made up of Chairman Genachowski, two democrats, and two republicans. The panel previously voted 3-2 to favor net neutrality rules, so this could be an indication of how they will vote in the future to formally codify these rules.