This article was written and reported by Lauren McCombs, Jessica Elford and Pasquale Augustine. 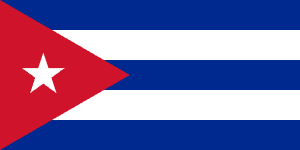 LA JOLLA, Calif. — We’re very happy to have Dr. John F. Asmus, noted professor at the University of California San Diego (UCSD) with us for this story. Asmus brings to The Power Behind Closed Doors staff an exceptional technical and political background as an Internationally known expert in the dark and mysterious world of Laser Technology.

After a diverse career between working for the government and various businesses, Asmus invented the technology to use lasers to restore art and is one of the few people in the world allowed to touch the Mona Lisa. We have known Dr. Asmus for a long time and acknowledge one of his government recognized abilities a s a “Keen Observer of Events.” Asmus is constantly traveling to other countries technical laser conferences which he attends as an active participant. UCSD has always appreciated his abilities as an international representative of UCSD.

Recently Asmus told us that he had received an invitation to deliver the keynote address at the international conference, “Il Reunion International: Optica, Vida y Patrimonio” at the Capitolio Nacional in Havana, Cuba. American travel to Cuba, a one party communist state, has been restricted, and travel there has been almost nonexistent. This conference appeared to be an excellent opportunity for Asmus to see, firsthand, what Cuba is like and how the average Cuban is doing under the current political system.

Asmus’ first observation, before he started his adventure, was to realize the strong and somewhat emotional feeling in unison among his wife, family, friends, and associates. They all pleaded with him to ignore the invitation. Everyone believed that if he went it would be the last time anyone would see him.

In terms of the conference Asmus said that the invitation was completely unexpected . Not only on the fact that he, an American, was invited to give the Key Note Speech at a Cuban Conference but the fact that Cuba itself would be hosting an international conference on laser technologies for the conservation, restoration, analysis, and presentation of the artistic and cultural heritage of the countries comprising the Western Hemisphere.

Asmus said that he had been completely surprise the previous year when he discovered Argentinean and Greek art conservators employing Cuban-manufactured lasers in their work. “For years following my 1980s work in Xi’an it had been his expectation that economical Chinese lasers would become the world standard in conservation studios” he said, reminiscing about his restoration of the Emperor Qin Terracotta Army. Initially, Asmus said that he was bemused by the idea of economical Cuban lasers competing in the world’s high-tech commercial market, although this thought seemed to be purely based off the ongoing Political Embargo the United States has had on Cuba. Eventually, Asmus discerned that the Cuban success in the commercial laser field was due to a spin-off of Fidel Castro’s medical treatment initiatives of the 1960s and 70s.

Upon arriving at the Capitolio National for the laser conference, Asmus had an opportunity to scan the conference program. There was at least one paper by a Cuban author on almost every current topic that is featured at the laser-society conferences held in the USA, Europe, and Asia. Asmus said that, “Later that week, it turned out that Cuban presentations were of the highest caliber although like all conferences, others were superficial and elementary” he said.

The second startling feature of the program was the geographical representation. Latin Americans were to be expected. However, almost every European country was represented, as well as a scattering of representatives from other countries. Asmus was the only American who attended the conference.

Asums’ third revelation was the degree of Russian influence, both direct and indirect, which was prevalent at the conference’s technical and social activities. This is in spite of the collapse of the Soviet Union, the world economic recession, the termination of massive Soviet assistance to Cuba, and the travel distance between the two countries.

As for the conference, a feeling of deja vu swept over Asmus as the program revealed familiar names such as Vadim, Parfenov, Kaloshin, Shevchenko, Irina, Shikunova, Vladimir, Kurlov, Volkov, Viktor, Loschenov, Galina, and Nemova. Chatting with these authors at coffee breaks led to many new revelations. Mentors, collaborators, past publications and scientific issues as well as mutual friends of a bygone era were recalled. Although Asmus had never met these people, he discovered that their resumes bore eerie similarities. Asmus was well aware that that fifty-five years ago this world had been the focus of his professional career.

At one level the Havana laser conference resembled the end of a spy movie or novel where the opposing operatives meet and reminisce about their respective roles and tactics in playing the game. Some sort of bond can develop between contentious old “Cold Warriors” in reliving the moves and counter moves; in recognizing the implementation of similar strategies. Nevertheless, one significant difference in outcome bubbled up. Several of the Soviet Cold War scientists whose research Asmus had tracked during his Washington years had immigrated to countries such as Australia, Canada, Finland, and Brazil. Toward the end of the conference Asmus found himself chatting with Professor Maxim Tomilin of St. Petersburg State University. It appeared that they had attended all of the same meetings on the merits of neutral particle beams, charged particle beams, excimer lasers, blue-green lasers, etc., only on opposite sides of the world.

Since its inception in Venice 37 years ago, laser-implemented art conservation has been spreading across much of the globe. A major factor has been academic and professional exchanges involving Western European, Chinese, and American conservation scientists. While this was taking place many failed to notice that the Soviet Union was filling a void that opened upon the departure of the US from Cuba. While we in America were focused on cigars and missiles in Cuba, Cuba’s best and brightest were going to the Soviet Union for advanced studies. The Cuban laser accomplishment is one fruit of that protracted academic exchange. The successful laser-implemented restoration of the H.M.S. Swift by Dr. Alberto Orsetti, and the ongoing laser restoration of the fascist interrogation cells in Argentina (as historical memorials) by Professor Gabriel Bilmes are examples of their reducing the science into practice.

Asmus commented that during a coffee break during the conference, “both Dr. Tomilin and I agreed that the new blood in the field was discovering possibilities far beyond our imaginations.” This can be seen in the joint Mexican-Cuban initiative that has developed an automated laser system that selectively blasts thorns from the agave plant, thereby improving both the efficiency and quality of Tequila production. Better tequila, now who can complain about that?

Blast, based in Boston, has a bureau in San Diego with entertainment and political reporting.