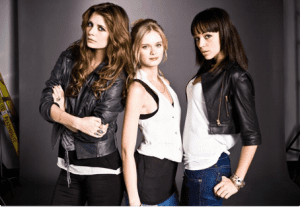 Tonight is the premiere of “The Beautiful Life” on The CW at 9 p.m. That’s the big one. On cable, Bravo starts “Launch my Line,” a reality fashion show. The History Channel’s “MysteryQuest” also starts up. Both are at 10 p.m.

Monday’s premiere of “The Jay Leno Show” did well, scoring more than 18 million viewers, according to Nielsen.

Finally, TLC has two big shows coming out over the next few weeks. “Wedded to Perfection” was a special one-shot in the summer, and TLC has ordered six more episodes to start airing October 2 at 10 p.m. “Perfection” is a one-hour show highlighting a husband and wife wedding planning company. TLC will also launch a second season of “I Didn’t Know I Was Pregnant,” starting September 30.