Telltale sure knows how to tease a game. The studio, preparing for the release of the latest Tales of Monkey Island title, “Lair of the Leviathan” today unleashed the community made “what might happen in Chapter 3” flash animation short, as well as a triple-shot of in-game screens from the third installment.

Due out September 29, “Tales of Monkey Island: Lair of the Leviathan” follows the bumbling Pirate GuyBrush Threepwood on his swashbuckling quest for booty, or something like that.

We can’t embed the video, so you’ll have to trek to Telltale’s Website to watch it, but trust us, it’s SO worth it.

Also, check back tomorrow afternoon for some wonderful news we have to announce. We’d reveal it now, but Telltale has sworn us to secrecy. 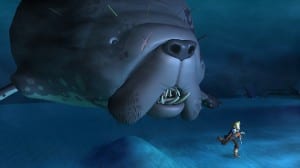 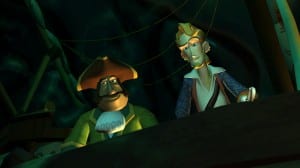