PlayStation 3 gamers can finally enjoy a tasteful tease of Lost Planet 2 next week when the demo hits the PlayStation Network.

The demo will launch September 24, the same day the Tokyo Game Show commences, and will feature the everything Xbox 360 gamers have been enjoying since August 26 plus two exclusive missions-worth of co-op hunting fun. 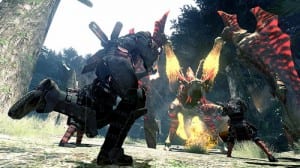 Missed the first Lost Planet? No problem, courtesy of the PlayStation Blog, here’s what to expect from the sequel:

“Lost Planet 2 takes place on the planet of E.D.N. III, 10 years after the events of the first game. Terraforming efforts have melted the icy terrain of the first game and given way to revealing lush tropical jungles and harsh deserts. Players will enter this new environment and follow the exploits of their own customized snow pirate on their quest to seize control of the changing planet.” 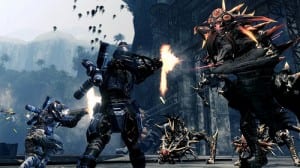 In addition to the demo, on September 24, Capcom will launch a brand spankin’ new trailer for Lost Planet 2 on the PlayStation Network.