Gamers looking for their Zelda fix can finally meet up with Link again this December 7, when The Legend of Zelda: Spirit Tracks makes its way to retail in North America.

Nintendo first revealed the portable Zelda project at the Game Developers Conference this year, and for those who just cannot wait, here’s the official boxart for the title, courtesy of Nintendo. No word on whether or not an accompanying DS/DSi system bundle, a la Phantom Hourglass, will happen, but here’s to hoping it does! 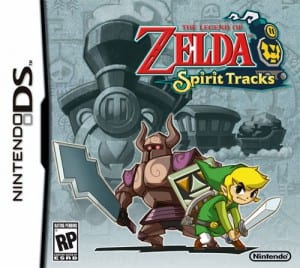 With Spirit Tracks now officially locked into a release date, will it’s big brother Wii version follow suit, as this rumor says. Oh we hope so!

Nintendo unveiled their full future release schedule today and after Zelda, these titles caught our eyes.