If you have never heard of The Story of Edgar Sawtelle, and you love a good long immersion in a book, stop reading this blog right now and go pick up the book.‚  Don’t be deterred by the Oprah sticker on the front.‚  Those come right off, and sometimes even Oprah has good taste.

Anne Fadiman wrote, “[T]here is a certain kind of child who awakens from a book as from an abyssal sleep, swimming heavily up through layers of consciousness toward a reality that seems less real than the dream-state that has been left behind.”

I was that kind of child, and I read a book every night hoping to recapture the experience Fadiman describes.‚  With David Wroblewski’s The Story of Edgar Sawtelle, I did find a realer reality in Edgar’s world.

I suggest jumping in without reading anything about the book, because that’s how I did it.‚  I spent the first quarter of the book fascinated.‚  Wroblewski spent those first hundred or two pages building intricate characters and their intricate connections to their surroundings: a dog-breeding farm in the 1960s.

Edgar is born mute, but I usually forgot that.‚  He uses sign language to communicate with the dogs.‚  Wroblewski adeptly describes the thoughts and emotions of the dogs, and conversations between dog and person.

When Edgar is fourteen (or thereabout), his father collapses and Edgar cannot call for help.‚  At this point, the story begins to fill the Hamlet‚ mold Wroblewski‚ chose‚ for it.‚  I had not realized until Edgar’s mom plays house with his uncle that the story was a retelling of Hamlet. 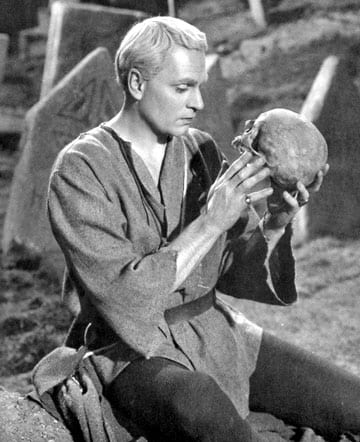 Hamlet has a very complicated plot, and every detail that I can remember is represented in The Story of Edgar Sawtelle.‚  Yet Sawtelle has its own, separate identity.

Imagine the story of Hamlet as a line drawing; it is very detailed and rich.‚  It is complete: a perfect work of art.

With Sawtelle, Wroblewski filled in the lines with color, adding the subtlety of shades, giving the lines new relationships and definition.

Wroblewski is a talented story-teller.‚  At first I was jarred out of the story.‚  I knew the plot of Hamlet, so I knew how Edgar’s life story would end.‚  I was disappointed, betrayed.‚  Wroblewski didn’t need the gimmick of re-telling Hamlet, he told a beautiful story without reference to the Bard.

I was on an airplane when this happened.‚  I didn’t have much reading material, so‚  I dove back into Sawtelle’s life.

The familiar characters and events of Hamlet became unfamiliar.‚  I smiled at the blatant references that I had missed before.

If you have not studied Hamlet, there is much to love in the 562 pages of The Life of Edgar Sawtelle.‚  You will experience American rural life as it was before computers and cell phones.‚  You will observe the relationship between a boy and the dog who helped raise him.‚  You will experience tragedy as so many characters make destructive choices in response to chaos.

If you know Hamlet intimately, you will be surprised at the depth that Wroblewski gives to characters.‚  They may participate in the same events as the classic play, but these characters do it for their own reasons, not to serve a gimmick.