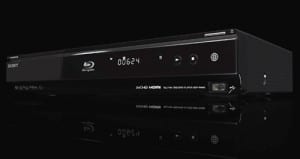 The player is capable of typical features like playing Blu-Ray dics and DVDs as well as streaming several kinds of pay and free video content from Sony’s BRAVIA Internet platform, including content from YouTube and Slacker. Late this fall, the player will also get streaming content from Netflix.

“Whether its full HD 1080p or streaming video and audio from the Internet, entertainment comes in so many flavors that consumers want choice,” said Chris Fawcett, vice president of Sony Electronics’ home audio and video business “Leading the entertainment experience, Sony brings the best of both worlds together in one player that offers more content than other stand-alone devices on the market.”

The BDP-N460 is capable of 1080p output and is compatible with the latest audio codecs. It is even BD-LIVE compatible with a broadband Internet connection and external storage.

The device incorporates cross search functionality with the BRAVIA Internet platform, making finding content much easier. It also includes Sony’s Precision Upscale HD, which upscales DVDs to near HD resolutions. The player even prevents damage to discs and itself using Sony’s Precision Drive technology, which helps detect and correct wobbling discs in the drive.

The device is available now, and retails for around $250.