Fans of the gridiron game who can’t go 5 minutes without a Madden fix now have a portable “Madden ’10” for their enjoyment, as Electronic Arts today released a handheld version of the game for Apple’s iPhone and iPod Touch.

Priced at $7.99, the game allows players to trudge through an entire season including playoffs and the Superbowl while delivering a “hard-hitting and realistic” experience.

“We think fans will be impressed by the amount of detail and authenticity in Madden NFL ’10, as well as by how intuitive it is to just pick up and start playing” said Travis Boatman, VP Worldwide Publishing for EA Mobile. “We really took advantage of the platform’s unique capabilities so players have a new way to interact with the game. They can control the speed of the game as it unfolds to make the right call, draw routes on the screen for pass plays or with the swipe of a finger, kick a winning field goal.”

The iPhone/iPod Touch version allows for “Mutli-Touch” control where hot-routes can be traced out with the tip of your finger and like it’s console cousins, John Madden lends his booming voice to the project. Maybe you’ll want to use headphones while playing on the train? Just a suggestion. 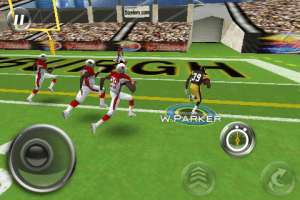 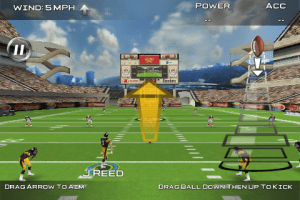 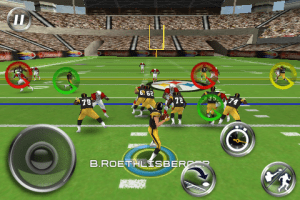