So it’s not exactly who we expected. 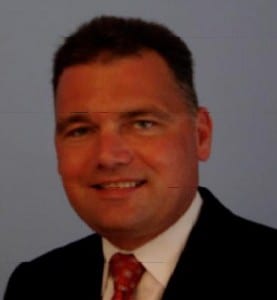 Canton selectman Bob Burr, 43, is the first Republican to stand up and say he's running for Senate.

The day after former Lieutenant Governor Kerry Healey decided not to run for the US Senate seat vacated with death of Ted Kennedy, we thought State Senator Scott Brown (R-Wrentham) might announce his candidacy, but it was an obscure town selectman who became the first Republican to officially announce he is running for Senate.

Burr, 43, gets press coverage for being first. He makes up in balls what he lacks in statewide or national experience.

“This election represents a great opportunity for the people of Massachusetts to shape the future for a stronger America,” Burr said in a statement. “By electing a Republican to the United States Senate, the people of Massachusetts can ensure that there will be debate on the issues affecting healthcare, taxes, and deficit spending. If the Senate were to remain at a 60 member, filibuster proof, Democratic majority, I fear that opportunity will be lost in the coming months. And that loss could put America on a trajectory that is not necessarily in concert with desires of the American people.”

Burr is a 1989 graduate of Boston College with a degree in business.